Home » Will Dating a Friend Ruin the Friendship?

You’ve got a good, solid group of friends you’ve known for years, and then all of a sudden one of them begins to catch your eye…and you may suspect that you’ve caught their eye too. But their friendship means a lot. There are plenty of people you can hang out with, but a true friend is much harder to find. So what happens when you develop a crush on your friend? Do you risk friendship for love?

Is It Love or Something Else?

Things can get complicated when you start to develop a physical attraction to a friend. Whether or not you noticed they were attractive when you first met, if you started off with a platonic friendship, there was probably a reason. That reason could have been that one or both of you was in a relationship, and maybe that’s changed. But if you have any thought that your crush really is just a crush, proceed with caution.

It’s hard to stay objective if a friend you have a crush on asks you for relationship advice. Are you really being a good friend if you’re jealous of the people your crush dates? This really is the first step of deciding if dating will ruin your friendship. Can you be objective when you’re not in a relationship and you’ve never been involved with your friend in the first place?

Things get awkward here. Whether or not you want to follow through and date your friend, if you can’t tamp down that crush and be an objective friend, you owe it to the other person to admit you’re interested, even if you think the best choice is to just stay friends. But doing this also takes the lid off Pandora’s box. There’s no way to take the conversation back. And if the crush fades…well, that’s just hurtful to tell someone.

You won’t be shocked to hear that it depends on the combination of friends involved. You may be close enough that you transition your friendship to a relationship seamlessly. But then there’s the other side of the coin that has its own positives: maybe you’ve been friends just long enough that you know you like each other, but not long enough that you’ve got a long history behind you.

In truth, there’s really only one way to find out, and that’s to dive in and give it a try. While you’ve got a better chance than plenty of other couples because you know in advance you like each other and get along, even the best early relationships can go south.

It sounds like a cliché, but life is a journey, and we’re all at different places in our journey. If one of you isn’t quite as mature as the other, there’s definitely room for jealousy, misunderstandings, and other downsides to what could otherwise be a great relationship.

It’s this maturity (or lack of it) that may end up ruining the friendship. It may not be the maturity that exists within the relationship that’s the problem. Relationships end for all sorts of reasons. But if the two people breaking up don’t handle it maturely, the chances of going back to friendship are slim.

Even in the best of situations, mature couples may have trouble going back to friendship immediately. Breakups are tough when they’re fresh, no matter how well you handle them.

So, sadly, the chances of ruining a friendship by dating are fairly high. But there’s no formula for getting love right, and if your feelings are strong enough, it’s worth giving it a shot.

A Few Words of Warning

It seems like your relationship should just between you and your friend-maybe-more. Realistically, it should. But if you’re on the fence about whether dating a friend is worth the risk, the reactions of the rest of your friends may be worth keeping in mind. Again, ideally, everyone should be mature, but that’s not always the way it happens.

While you and your friend have coupled up, you’ll find the number of people you can vent about your relationship to will shrink considerably. After all, you probably have a lot of friends in common, and they may not want to feel like they’re stuck in the middle of their friends’ arguments. They’re right. Try to keep mutual friends out of your troubles…and try to keep from forcing them to choose a side if you break up.

You’ll also find that some of your friends will feel like you now need to be invited to all events as a couple, which may mean not inviting you at all. For example, if they think your girlfriend may not be interested in watching the big game, they might not extend the invitation to you, either. It’s awkward, but it’s a real possibility.

If you do break up, it will be harder than most splits. As the saying goes, you’re not only losing a lover, you’re losing a friend—someone who you may consider your best friend at this point. And no matter how hard you try to make it clear to friends that they don’t have to choose sides (just as you tried not to do when you were together), inevitably at least a few of them will, if not permanently then at least for a little while.

In many cases we’d say don’t take this personally. Maybe not this time. Feel free to forgive and forget, but also feel free to make a mental note of who was a supportive friend during your friendship and who decided they needed to make a stand during an otherwise friendly breakup.

So it’s up to you and your friend if you want to risk it. There are plenty of reasons not to give it a shot, but if there’s a chance your good friend could also be the love of your life, you’d be a fool not to give it a shot. Just go in with full knowledge it may be the end of the friendship if things go wrong. 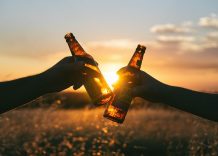 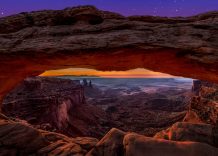 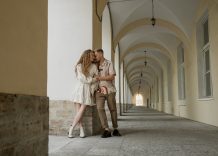 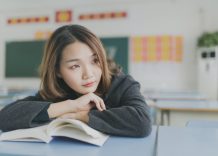