Home » Why Does He Keep Me Around If He Doesn’t Want a Relationship?

There’s a certain kind of guy who never seems to want to settle down. He may want all the perks that a real relationship brings, and he may even treat you like gold. But he stops short of committing, and in the moments you’ve gotten up the never to ask why, you never seem to get a straight answer—and honestly, you probably never will. We can’t tell you for sure what’s going on in his head, but here are a few very real and very common possibilities.

He’s Had His Heart Broken Before

This is the most sympathetic possibility, and quite frankly it’s also the kind of excuse a guy uses to string you along without too much static. Who can resist the idea of being the person that saved him from the idea of love as a lost cause?

Telling you he’s reluctant to fall in love again may well be true, but it’s something he’s going to have to address eventually—especially when people like you stop putting up with his lines. And the best person to address it is a therapist, and not the person he knows will put up with his lines.

It doesn’t matter how much he likes you. He may be happiest to have the best of both worlds: someone who will be up for hanging out, messing around, and maybe even staying the night. While some men are raised to believe that a person willing to mess around isn’t the marrying kind, what’s more likely is that you’re helping him pass the time while he waits for the person of his dreams to show up.

He may not be saying it out loud, but he’s got you in the Friends With Benefits category, and despite what the RomComs tell you, that rarely leads to a fairytale ending. It has its perks, but if it’s not for you, don’t pursue. He may eventually realize that you’ve been there, right in front of him, all along, but you’re better than that. Don’t wait a minute longer. Ditch him.

He’s Too Busy For A Relationship

Nine times out of ten, this is pretty much the same explanation as above. This one is a little different, though, as he may have a more legitimate excuse, like being in medical school or taking care of an ailing relative. If you care about him, you may realize this is not the time to pressure him into committing.

But it also many not be the time for him to get serious, either. You can still be a good friend to him, even if you’re not dating. Be willing to listen, but make sure you attend to your own needs, too. Even if that means moving on and seeing other people. If you reconnect romantically in the future, fantastic! But a high-pressure time like this won’t serve either of you well.

There’s some truth to the phrase “Good things come to those who wait.” But that doesn’t mean sitting on your hands, literally waiting for a situation to be exactly what you want.

It means being patient, taking care of yourself, and being open to the opportunities that are offered to you in the meantime, whether you accept them or not. If it’s love, you’ll reconnect when the time is best for both of you.

This One May Hurt: You May Be His Side Piece

Do you find yourself only hearing from him at certain times of day, or going to the same off the beaten track places? Do you hang out with his friends? Are you tagged on each others’ social media? If he doesn’t make the effort to incorporate you into other parts of his life, it may be intentional.

It may not have occurred to you before now, so it will be hard to say if you think you can trust him with a straight answer. Decide what you want to do: it’s always possible you’re right (or wrong). Go to a trusted friend (one of yours, not one of his) and get their take. They may be willing to do a little online legwork to find out what the facts are.

So what happens if you find out he is cheating? You (and your very loyal pack of friends) may already have some ideas. In truth, your best option is probably just to ghost. Block his number, block his socials, and mourn the breakup quietly. He’s not worthy of your time or respect.

You may be tempted to reach out to the other person he’s with. He may be married. As satisfying as it all seems in your head, confronting his wife may not yield the results you’re looking for. Now that you know he’s cheating, you know he’s got little sympathy for the people in his life. He’s unlikely to be upset about anything other than the brief hassle you’ve caused.

His wife may be taken completely by surprise, or she may be well aware and has chosen to look the other way to help keep the piece. Too often, women are raised to see one another as competition, so it’s also possible that even though you never knew he had a wife and you ended things as soon as you found out, that she may see you as the enemy in this situation.

If he hasn’t committed to you because he’s already committed to someone else, resist the urge to confront their partner. It can only cause more harm than good. Just walk away.

While those are all a wide array of scenarios, the key point is this: If you don’t feel respected, don’t repeatedly put yourself in situations where you feel like you’re being taken for granted. Move up and move on. You can—and will—do better. Take a little time to yourself, think about who you’re looking for and how you’d like to be treated, and move on from there. You’re worth it. 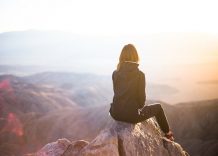 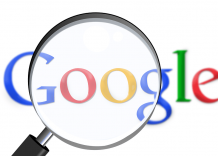 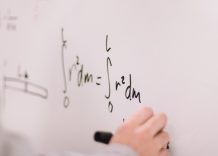 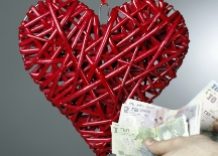 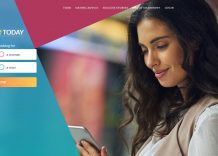 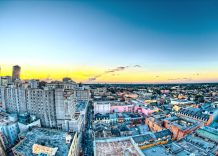