Home » When to Take Your Online Dating Profile Down

There’s no one reason to take you dating profile off an online dating site or dating app. Who could blame you, whether you just need a break, you’ve met someone, or it’s just time to swap sites. But are you being premature?

There are plenty of sites out there, and it may feel like you’re seeing the same people over and over again and just need a change of pace. If you’re leaning toward deleting or deactivating your profile, here are some things to consider before take down your online dating profile completely. But the best case scenario is that you’re taking your profile down because you’ve met someone, and that’s great news!

You’ve Gotten Serious with Someone

That’s great news! That’s exactly why you were on a dating site in the first place, right? Well, maybe it’s not as cut and dry as that. If you were sure you wanted to take your profile down, you probably wouldn’t be waffling and asking for the best time to go offline, right?

Often, you’ve gotten serious enough that you and the person you’re dating have decided to see each other exclusively, and they may even have specifically asked you to take your profile down. You’re in treacherous waters here, friend.

Maybe they’re more serious than you are, and it feels a little premature. But you like them enough to see where things go, so you’re willing to give dating sites a little radio silence. But if you choose simply not to check the site instead of deleting or deactivating, or are still checking on the down-low, they will find out.

There are a few ways that this can happen. First, they may not have held themselves to the same standard they’re holding you and will have kept their profile up. That’s definitely not a cool move, and if trust issues run that deep, file that away in your red flag file.

It’ll definitely comeback up in one form or another. The other, “better” scenario is that their friends will see you online—no matter how long it’s been since you signed in—and send screenshots to your significant other. That’s definitely more trouble than you need.

You’re seeing the same people over and over and over again. Given, you’re there too, but if you use the same site or app long enough, you’re bound to get some repeats—often people who you’re wondering why the site algorithm thought you’d match well with, but you’re not feeling it, and they’ve already sent you that customary, boring one-word “hey.”

You may find yourself saying “This person again? I swear I swept left on them weeks ago…and months ago…and, and and.”

It could be that you need a breather for the dating pool to refresh, or maybe you just want to take your profile down to retool it, and you just don’t have time for that right now. No worries. You can always deactivate your profile instead of deleting it completely. Do things are your own pace.

You Don’t Like the App or Online Dating Site

Sometimes the only way to find out what works for you is to dive right in. You may have chosen a site because you’ve had a friend who’s had success there, or because you’ve gotten a code for a discount from an email or one of those constantly-repeating ads on podcasts. And while there are lots of things that are standard on every dating site, they all operate a little differently, and you may not particularly like the one you’ve chosen.

You may find that the site or app doesn’t have enough people in the age range you’re looking for, or that the app is kind of junk unless you buy into some of the premium features they’ll try to push on you over and over again—plenty of them are worth it, but not at the cost they’re suggesting.

Plus, many sites really push you to include social media like Instagram or even to import your Spotify playlists into your profile, and that may be more of an invasion of your privacy than you’d like (especially if your city is small enough and your name or job is specific enough that you’re easy to track down. There aren’t many creeps out there, but it’s possible providing too much information will cause trouble).

Luckily, there are tons of sites out there for you to try. Here are some of our favorites

You Want a Break

It’s totally understandable that after several months you might want a breather, whether you’ve been successful meeting people or not. You could be getting busy at work or school, or you could have some other event like a family emergency, where looking at a dating app every five minutes may not be practical or even respectful.

Or, in a more positive outcome, you may have decided to spend some time on your own, not pursuing the dating world. This is totally valid; No matter your age or life situation, there’s simply not the pressure to couple up that society would have you believe.

Sometimes, the best way to get to know yourself better is to spend some time on your own. That doesn’t mean shut yourself off entirely; spend time with friends and get out in the world and explore a little. It will actually really help you define what you’re looking for in a significant other, and what your own goals are.

We’ve given you several reasons you might want to take your online dating profile down. Keep in mind that almost every dating service will allow you to temporarily deactivate your profile, as well.

After all, unless you’ve met The One, they still want to keep you as a customer. They’ll keep your profile offline but intact—and they may even email or text you know and then with incentives to lure them back. So there’s no harm in taking down your profile, no matter why you choose to do so. 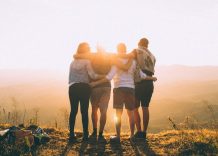 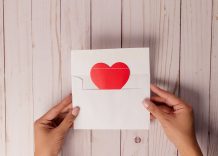 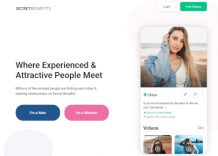 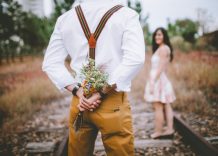 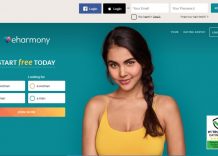 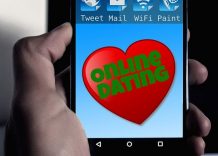