Home » Should You Answer Online Daters You Aren’t Interested In?

If you’re reading this blog, it means one thing for certain. You’re a good person. You’re probably here trying to figure out what the kindest way to respond (or not respond) to someone you’re not interested in is when dating online.

The fact that you care about someone that you’re never going to date or have any sort of romantic interaction with is awesome. We just wanted to make sure that you knew that before we got started.

That being said, the question still begs – Should you respond to every single one of those online dating messages even when you’re not interested? Let’s dig into this and get to the bottom of it.

Our guess is that if we polled most of you and forced you to answer the question, you’d probably err on the side of responding to each message. This seems like the most polite and “adult” way of handling things. When you get a work email that you’re not interested in, what do you? You respond and tell them no thank you.

What do you do when a salesperson comes to your door to sell you a new alarm system or a water system? You kindly say no thank you and go on about your day (unless you need a new alarm or better water, of course).

It seems like this should be the right answer for online dating as well.

Since most of our readers (you) are pretty observant, you probably noticed that we said “seems” like the right answer. This is because, in theory, the answer seems correct, but in practice it creates problems. We’ve talked to a lot of single daters (including members of our staff) and asked them how this has worked out for them.

Almost every single one of them had the exact same response. They said that the person they tried to be nice to did not get the hint. The other person tried to continue the conversation and tried to convince them why they should give them a chance. Persistence is great, but it can be insanely annoying the dating world when you aren’t interested at all.

While we would love for this forward solution to be the right one, it isn’t. “This is why we can’t have nice things.” If you’ve ever heard that phrase, it’s sadly fitting here. Because most online singles can’t receive rejection like adults, you’re better off just ignoring the people you aren’t interested in.

We need to make sure that you realize that we’re only talking about people that you haven’t been chatting with. If you’ve been talking with someone and you decide you are no longer interested or have found someone new, let them know. They are emotionally invested in you, and they deserve the respect of an update without you just ghosting.

If you’ve never chatted with them or responded to a message, feel free to ignore them with our blessing if you aren’t interested. If you’ve had any sort of interaction with them, though, you need to give them the courtesy of a heads up that you’ve moved on.

This does NOT mean that you have to explain yourself or defend your choice. You’re free to do whatever you want to and have no obligation to justify yourself to anyone. Simply tell them that you’re no longer interested and if you want to give a reason why, go for it. If you don’t want to, though, that’s ok too. Don’t let them badger you or interrogate you.

For those of you that just skipped to the end to see our answer, here you go. If you have never chatted with a match before, it’s completely acceptable to ignore their message. If you’ve responded to them or interacted at all, you need to give them the courtesy of letting them know you are moving on.

Think about how it would feel if someone didn’t give you that courtesy. Let’s try our best to retain the integrity and respect within online dating without enabling the guys and gals who can’t take a hint. 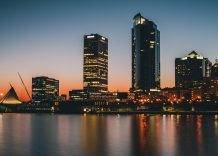 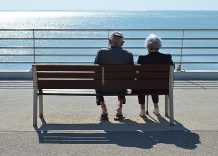 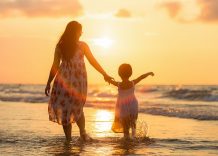 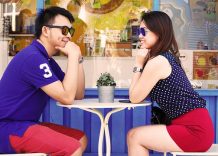 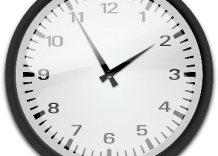 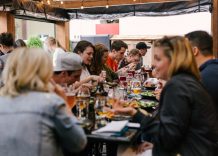