The world of online dating is an uncertain one with a lot of great men and also a lot of online dating guys you’re going to want to avoid like the plague. But how do you know which guys are the winners and which are the losers that are going to be nothing but heartache and a waste of time?

Well, the best way to get there is to start by understanding which types of online dating guys you should be avoiding. Knowing what’s out there, how to spot it, and the rare instances where it might be okay can really set you up for success.

Throughout this article, we’re going to look at several types of guys you’ll see in online dating that you shouldn’t touch with a 10 foot pole

A Quick Piece of Advice

Okay, so this entire article is going to be chalked full of advice, but there is one thing we wanted to point out before we get started. Here’s a quote we came up with that you have to understand.

You’ll rarely find good food in the garbage can.

Where should you look? Here are a few of our favorite online dating sites. Are 100% of the men on these sites quality? Absolutely not. However, your odds of finding quality are going to be much higher than they are at other dating sites.

Now that we’ve gotten that covered, let’s get into the online dating guys you should avoid. Additionally, we’ll talk some things to look for to spot these guys. Keep in mind that none of these indicators are going to be 100%. There may be some quality men who just stink at online dating. Either way, these red flags are pretty solid indicators that trouble might be around the corner.

Additionally, not everyone is perfect. Just keep that in mind when you’re going through this list. We have a section called The Saving Grace under each that shares some potential explanations for how things might look. Be sparingly when allowing these as excuses, though, as it’s normally not the case. However, we just wanted to make sure we share all sides of the discussion.

1. The Ego Maniac – “I’m the greatest thing since sliced bread.”

This first online dating guy to avoid is unfortunately far too popular. Either he genuinely has a massive go and thinks he is the greatest person on Earth, or he’s been convinced that being an ego maniac is the way to attract women. Either way, it’s terrible, and not the kind of guy you want anything to do with. Guys like this will never make you a priority because their number one priority is always going to be themselves.

The one possibility here is that some guys just don’t know how to attract women the right way. Maybe they got bad advice from a friend or maybe no one ever taught them how to attract a women? If this is the case, the ego act will probably drop as soon as they have your interest. Again, be careful giving an actual ego maniac a free pass unless this is actually the case.

We love The Office as much as the next person, and we think that PG-13 jokes are okay every now and then. However, if every conversation turns sexual, that’s probably a problem and a big red flag. If you find an online dating guy that fits into this category, run for the hills unless that’s your cup of tea.

3. The Workaholic – “I can probably pencil you in for six weeks from now.”

Online dating guys who are successful are great, right? Yes, and no. If the success comes at the cost of any time for you, that’s a problem. Be on the lookout for online dating guys who just don’t have the time to date. And honestly, this doesn’t make them a terrible guy or anything like that. But do you really want to be with someone who you have to fight for their time?

We all have busy seasons in our lives. And for a lot of industries, there are busy seasons where work piles up no matter what. For example, an accountant in April or a car salesman at the end of the month. If the person communicates to you that they’re in a busy season that’s going to be temporary, that’s awesome! We wouldn’t add them to our list of online dating guys to avoid unless it turns out not to be temporary.

Time is one of the finite assets we get on this Earth. And anyone who disrespects your time shouldn’t have a place in your life. One of the biggest time wasters in the world of online dating are guys who are flaky. We’re talking about guys that are bad about calling you back, cancel on dates, and are just plain unreliable.

If you find out you’re talking with a flaky guy, run for the hills. You deserve better.

Things happen in life. Unexpected occurrences can interrupt plans and make someone who isn’t flaky temporarily seem like they are. When that happens, it’s totally okay and not the signs of a guy you should avoid. However, the operative word here is temporarily. If the issues continue to happen on multiple occasions and there is always an excuse, that’s a red flag that should have you moving on to someone else.

Whether you agree with this statement or not, it’s the truth—it’s okay to date more than one person when you’re online dating. Now before some of you grab your pitchforks and start throwing rocks, let us explain. We are ONLY referring to the early stages of dating where there have been no conversations about exclusivity. Believe it or not, it’s healthy to go on dates with different people to help determine what you like.

If it’s early in the relationship and you haven’t had a conversation about exclusivity, then you don’t really have any rights to keep them from seeing other people. If you’d like for things to be exclusive, you’ll need to have that conversation. This is why it’s so important to be upfront about what you’re looking for early on.

One of the most important online dating guys to avoid is a liar. In our book, there are zero lies that are acceptable, and this includes white lies. Generally, early on in a dating relationship it’s harder to spot lies because there aren’t a lot of bigger things that would warrant a lie. However, there are guys that come out of the gate firing with lies.

When you catch a guy lying (even a small lie), that should be the biggest red flag. If they’re willing to lie about something small (or big) this early in the relationship, they’re going to continue to do it.

There are no instances in our book where lying is okay.

There’s nothing wrong with letting loose every now and then and having a few drinks. However, when someone is getting sloppy drunk or drinking a lot on a regular basis, it might not be something you’re interested in. If it is, more power to you. However, if you’re looking for a quality and lasting relationship, you probably aren’t going to have a lot of luck with someone who is always drunk.

Just because someone has a lot of pictures of them drinking doesn’t necessarily mean they’re a drunk. Sometimes men are terrible about taking pictures of themselves and the only time it happens is when other people take pictures when they’re out. Additionally, it’s hard to tell how many drinks someone is having just by looking at a picture. Also, some people have a tendency to drink more than usual on a first date because of their nerves. We’re not saying that’s healthy or a good idea, but it certainly happens. 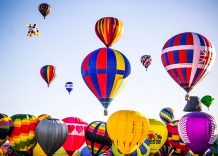 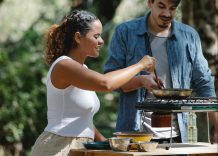 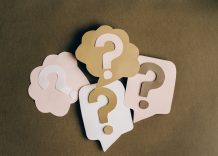 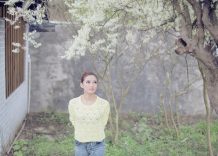 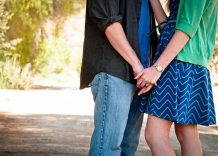 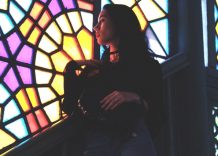