Home » How to Tell if a Girl Likes You Over Text

Oh, we’ve all been there. You spend hours hovering over your phone screen like Sherlock Holmes trying to decipher whether or not her text message means she likes you or never wants to see your face again. Usually, the end result is you’re frustrated, confused, and nowhere closer to figuring out if she’s into you.

Let’s see if we can try and fix that today. We’re going to explore how to tell if a girl likes you over text, what you might want to be on the lookout for, and try and put your mind at ease.

Can You Actually Tell If a Girl Likes You Over Text?

Before we start trying to figure out how to crack the code that is female texts, we need to make sure we’re not fighting an impossible battle. Is it really possible to tell if a girl likes you over text or is it pointless?

The answer, much like women, is complex. Yes, in a lot of situations you can get a pretty dang good idea whether or not the girl you are talking to likes you or not based on what she texts, when she texts, and how she responds to messages.

But it’s not quite that simple. You also need to realize that there are different levels of liking that might not be as easy to decipher over text. For example, there is liking spending time with someone, being sexually attracted to someone (and nothing else), being interested in getting to know someone better, liking someone enough to want to be in a relationship, and so on.

Here’s how we’re going to approach this. We’re going to list out a big list of potential “clues” and “indicators” that you can use to make your assessment. Most of these are best used in conjunction with other indicators. For example, if a bunch of the indicators for them liking you are present, the chances are high that they’re into you. If there is only one indicator present, it doesn’t mean they’re not into you, but it’s just not as certain or less likely.

The Speed at Which They Respond to Texts

A great way to see if a girl likes you over text or not is to look at how quickly she responds to your texts. If she responds fairly quickly, that’s certainly a checkmark in the win column. If she’s slow, you have to dig a little deeper. Is she a super busy person? Does she work a lot? If so, you can’t really call that a negative. But if it usually takes her days to get back to you, she’s probably not that into you. And yes, even if she just says, “Oh, I’m really not that great with texting,” she’d be better if she were into you.

What She Actually Says

You can’t ignore the actual contents of the text when trying to evaluate if she’s into you or not. And no, we’re not talking about overanalyzing the words. Look at what she said and take it for face value. Don’t try to dig deeper than what you see.

A great strategy here is to imagine the texts came from someone else (this helps to remove the emotions). How would you interpret the text in that situation? If you’d think that person was into you, this is a good sign.

Watch Out for Short Replies

If it feels like she’s only sending short replies that answer your questions and don’t do much to carry on the conversation, that’s probably not the best sign. Usually, when a girl is interested, she’ll send you more detailed responses and also ask questions and do things to help fuel on the conversation. If it’s just a lot of yes/no answers, and that’s about it, it might not be the best sign.

The one caveat here is that there are some girls who genuinely prefer to have conversations over the phone or in person. If she’s already scheduled a time to see you in person again, that’s a pretty good indicator that she’s probably into you in some capacity.

Does She Initiate Conversations?

Speaking of being on the lookout for when girls aren’t working to spur on the conversation, you also have to be aware of who is starting every conversation. If it’s always you, that’s probably not a great sign. But if she is reaching out and starting conversations with you via text, that’s usually a good indicator that she may like you or at least enjoy talking with you.

Also, make sure you’re leaving opportunities to gauge this when texting. If you’re always sending texts first thing in the morning or all day, it’s really hard to tell who is initiating when the conversation is constant. That being said, if there is amazing conversation going on all day long—probably a good sign that she’s into you.

Here’s the real “cheat code” of the entire article. One of the best ways to find out if she likes you over text is to get some outside opinion from someone who isn’t as emotionally invested as you are. Find your most level-headed friend that you can trust, and see what they think.

Now, one important thing here, don’t do this if there was anything personal shared in the texts. When someone texts you, they are expecting those to be private messages between the two of you. One of the worst ways to start off a potential relationship with a girl is by violating her trust. If it’s just playful banter or one or two texts without private information you’re analyzing, that’s probably okay. Anything beyond that, though, and you’re crossing a line you shouldn’t.

Flirting via text can be a little tough but a lot of women these days are masters at it. Do you see her cracking jokes or poking fun at you? Does she talk about how much fun she had hanging out with you (without you asking her if she had fun or provoking her)? Does she make mention (on her own) of hanging out again in the future?

Not doing these things doesn’t mean she doesn’t like you, but if she is consistently doing these things over text, she’s probably into you. And if she’s not into you and is doing this, she’s leading you on and needs to stop. Thankfully, women don’t tend to flirt via text as much as men do when they’re not genuinely interested.

The Challenging Part of Determining If She Likes You Over Text

As you can see, there are quite a few good ways to gauge if she likes you or not from the texts she sends you. However, where it gets tough is determining what level she likes you at. And frankly, that can be pretty tough via text unless she’s blunt about things or you ask.

For example, she could really love talking with you, enjoy your company, but only want to be friends. That’s going to manifest itself pretty similarly to how she’d act if she were romantically into you.

The safe play is to not read into her texts as much as you probably already have. It’s tough, but the better strategy is to be patient and see how things play out in person. And when in doubt, the best thing you can do is have a conversation. Ask her out on a date. If she says yes, she’s probably into you. If she says no, it’s all good; at least you have your answer.

Something as simple as, “Hey I really like spending time with you. Can I take you out sometime?” 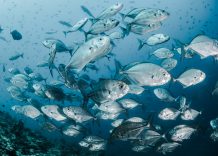 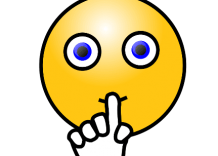 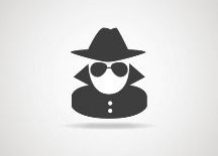 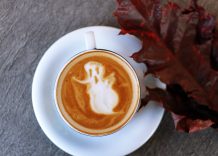 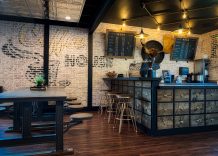 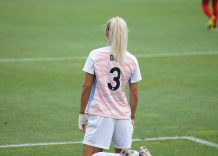