Home » How Does Dating Work in the Military?

Whether you’re already in the military, looking to join, or you’re interested in dating someone who is in the military, it can be a lot to process. Outside of keeping up with all the acronyms, jargon, and lifestyle changes, you may be wondering how exactly does dating work in the military?

Some of the most common questions we get on the topic include:

Oh, and if you’re looking for a place for military people to meet single women and men (who are in and out of the military), check out the link we’ve got for you here.

For you: The Best Dating Apps for the Military

How does dating work in the military?

We share that because just because you have a demanding job doesn’t mean you don’t have the right or the ability to date just like everyone else. When you’re off work, you can still go out on dates. You can still grab dinner, grab drinks, grab coffee, and spend time with a new love interest or someone you’ve been dating for a long time.

That all being said, there are a few ways that things are probably going to be different:

Here’s the bottom line. Dating works in the military pretty dang close to the way it works everywhere else. You may have to be a bit more flexible setting up dates, but it works the same.

Best Dating Apps for the Military

Can a soldier date someone who is also in the military?

Yes, soldiers are allowed to date civilians, as well as other soldiers in the military. However, there are some limitations.

Also, you may want to consider not dating anyone in your unit, even if it’s permitted. Why? Mixing work with pleasure can be a recipe for disaster. This is especially true with a military job where you can’t just quit and work somewhere else if you break up. If you want to avoid the drama, don’t date anyone anywhere close to your unit.

Is dating a soldier good or bad?

The actual answer is that it’s neither! If you’re both a good match for each other and you understand how dating in the military works, it can be a great idea! However, there are times where dating a soldier might be a bad idea. Here are a few examples (these are directed towards civilians):

How does dating work during deployment?

Here’s the bottom line up front—dating during a deployment stinks. You have to be away from your significant other for upwards of a year. Usually, there’s a three-month train up for the deployment (often away from home), and then nine months of boots on ground in the country they’re deployed to.

And before you ask, no, you can’t go on deployment with them. This is different from getting stationed at a new duty station. That’s a PCS move, which you’re allowed to go with them in most instances.

But the actual particulars of how communication works will depend on where they are deployed to. If it’s to a relatively built-up place like Kuwait, you’ll probably be able to talk quite frequently, though, the hours will be wildly different.

But if they get deployed to a combat zone, you might not hear from them for weeks or months. It’s the nature of the beast sometimes.

Are soldiers good in relationships?

One of the most popular questions that comes up in the how does dating work in the military discussion is whether or not soldiers are good in relationships. And the answer is that it depends. Like with any profession, you can’t say 100% of the people in that job are great or terrible. It’s going to all be on a case-by-case basis.

That being said, there are some conclusions and generalizations you can draw that are true more often than they’re not. Soldiers are trained in respect, attention to detail, timeliness, and how to get a job done. If these are traits that sound great to you, getting into a relationship with a soldier might be an awesome idea.

However, if you’re someone who clashes with things being orderly, black and white, organized, and always on time—you may have some struggles dating a soldier. 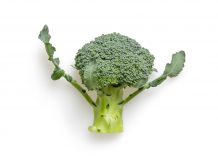 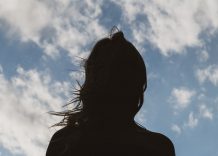 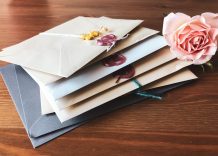 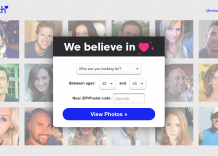