Home » Dating Outside Your Income Level

The three things that your parents probably told you not to ever talk about on a first date – religion, politics…and money.

While we don’t fully agree with this advice, we’ll save that discussion for another day. What we would like to talk about today, though, is the third and probably most controversial item on that list – money.

While there is probably an infinite number of money-related topics we can cover with dating, we want to talk specifically about dating outside of your income level. What happens if you’re wealthy or successful and you date someone who is not? On the flip side, what happens if you’re not as financially well off as the guy or gal that you’re talking to online or dating?

It’s like modern-day Romeo and Juliet, but hopefully with a lot less tragedy. Relationships can work between people of varying income levels as long as you both understand a few important things. If you’re unable to get behind the next few points we have to share, you should stick to dating people within your income bracket.

Your Priorities Will Be Different

Whether you’re the rich one or the one who isn’t as financially set, your priorities are going to be different when you’re dating outside your income level. People that are well off are able to put luxuries and non-essential parts of life as their priorities. Fun and entertainment choices become important.

People that aren’t financially set will probably be more concerned with making ends meet. They’ll be more concerned about getting their bills paid than they will be about what their favorite Mexican restaurant is. If you’ve ever heard of Maslow’s Hierarchy of Needs, you’ll understand more where priorities are going to fall.

Your Experiences Will Be Different

When you have a lot of disposable income, you’re usually going to have a lot more entertainment type experiences. You’ll probably be a bit more well-traveled, more cultured, and overall have “seen more things.” What you need to remember if this is you is that this does not mean your potential mate doesn’t have experiences as well. They’ll have had life experiences and been through quite a bit that you might not have ever experienced before (some good and some bad).

You have to be willing to respect the other person and realize that you both come from different roads and will have different experiences that are equally important no matter how grandiose or “not flashy” they may appear.

You Need to Address Things Head On

If you’re the financial rock star, you may have more expensive tastes. You may want to do a lot of things with your date that are much more expensive than they can afford. You need to be aware of this and make sure that you don’t put them in an awkward situation.

If you want to do something out of their affordability range, pay for it yourself and let them know beforehand that you’re going to be doing that. Don’t make them feel inadequate when you do it. Let them know that you want to do it because you like them and you’d like to share something special with them.

Also, if they take you somewhere that is below your normal standards, realize that they are doing the best they can to do something special for you. Be thankful and broaden your horizons. It’s probably a much bigger sacrifice for them to take you out to somewhere that you may think is cheap so please keep that in mind.

If you’re not as financially sound as you’d like to be, be upfront about it. You don’t have to come out waving the “I’m poor” flag, but you should 100% not misrepresent yourself. If your potential mate has a problem with it, find out early and run for the hills. They are never going to get used to it. The more forward you are about it, the less awkward situations you’re going to end up in.

Remember, it has nothing to do with how much money you spend on someone or how much they spend on you. There are plenty of free or cheaper date ideas that you can both do that are many times more memorable and special.

Tips for Dating Someone Rich

Tips for Dating Someone With Less Money Than You

The bottom line here is open communication. Dating can 100% work between two people in different income groups as long as you’re both ok with it, open about the different challenges and your feelings, and willing to realize that money is not everything. You will inevitably have some awkward dating experiences early on in the process, but these can be infinitely minimized with open lines of communication and understand the things we laid out above.

What’s great is that if you can make it through the first parts of the relationships, things will get easier. You HAVE to be honest and upfront, though. This includes letting your potential mate know where you stand and it also means being honest with yourself about whether or not you are ok with the different income levels.

Remember, money is not everything as long as you don’t let it be. Don’t let it get in the way of your happiness with the perfect person just because you’re at different financial points in your lives. 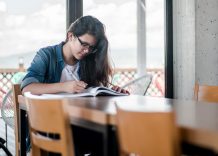 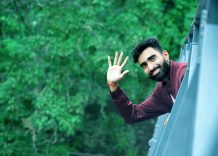 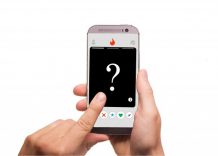 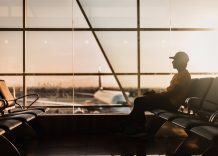 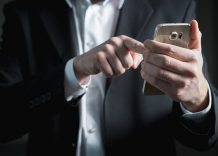 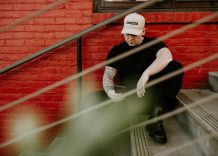