The story of office romance is about as old as the office itself. Unfortunately, so are the stories of office romances going terribly wrong. The new girl in accounting might have caught your eye when she dropped off those TPS reports. Or maybe it was the light of the midnight oil that got you to see a different side of the guy on your departmental team?

Whatever the story, we’ve heard it a million times. And here’s some good news—we get it! But just because we get it doesn’t necessarily mean that we think it’s a great idea.

So, is dating a coworker a good idea? If you’ve asked several people, you’ve probably already gotten several different answers. Well today, we’re getting to the bottom of it.

We are going to settle the debate of whether or not dating a coworker is a good idea, once and for all.

The Bottom Line Up Front

Here’s what you need to know first. There is not going to be a yes or no answer today that covers 100% of scenarios. The real answer to whether or not dating a coworker is a good idea or not depends on the details of the situation.

But before you roll your eyes and click off the page, hang on for a second. There ARE definitive answers for these specific situations. And you know what? We’re about to get into all of them.

Why not start at the top, right? Is dating your boss ever a good idea? Nope. The only instance where it might even be remotely considered okay is when you started dating prior to working together. And even then, your significant other probably shouldn’t be hiring you into a subordinate role because it’s only setting you (and them) up for problems.

Now, if you started dating while you worked in completely different departments or at different locations (which you’ll find out in a few minutes may be okay), and you got transferred under them outside of your control or in a must-capitalize-on career opportunity, okay. In that instance, we can get behind dating your coworker or boss being okay.

However, if you meet your boss at work and then want to start dating (or doing anything romantic)—hard stop, hard no. Not only is this a complete HR nightmare, but it’s also a situation with little upside and a ton of risk to ruin lives, careers, and happiness.

Boyfriend or girlfriend wants to get you a job where they work? See an opportunity pop up at your significant other’s place of work that looks interesting?

Please find another job opportunity if at all possible, even if it requires a little more effort or patience.

The Most Common Situation – Dating a Coworker You Met At Work

The absolute most common situation (and probably the reason you are here today is when you meet someone through your work who is attractive, smart, and exactly what you were looking for. Is dating a coworker in this situation okay? Well, as you might have guessed, this is where the answer gets messier.

Arguments for Dating a Coworker Being a Good Idea

While we’re big fans of the “keep your business separate” mantra, we’re not angry old people who don’t understand that love happens. Here are some arguments for the yes column of dating a coworker.

Arguments Against Dating a Coworker

Now that we’ve talked about the reasons dating a coworker might be a great idea, let’s talk about why it might not be.

The Verdict – Is Dating a Coworker a Good Idea?

We’ve now looked at both sides of the coin. So, what’s the verdict? Here it is. Dating a coworker is almost always going to be a bad idea. Unfortunately, the number of bad stories we’ve heard heavily outweigh the good stories. There are certainly going to be some fringe situations where it may work out, but again, those are going to be few and far between.

And the really tough part is that you’re not going to be able to know how it’s going to turn out. Sure, that also means that it could end up being something special. But the reality is that you need to weigh the risk vs. the reward. How many times have you dated someone in the past and thought it was going to be great and it turned out not to be?

If you can avoid dating a coworker, please do. Yes, it’s a cliché, but there are plenty of fish in the sea. In fact, we’re going to drop some links to online dating site free trials below so that you can start to see what some of those fish in your area look like.

Questions You Need to Ask Yourself

Still having trouble taking our advice? We get it. Here are a few questions you can ask yourself to try and get an idea on what the best way forward for you is. Please don’t just gloss over these. Take a few minutes to answer these questions honestly and realistically. It will do you a lot of good and give you the confidence that you’re making the right decision, whatever it ends up being.

Rules for Dating a Coworker (If You Must Do It)

Alright. So we know that some of you reading this still aren’t going to take our advice. And if that’s you, please drop your email so we can gently tell you we told you so down the line. But if you really must date a coworker, we do have some rules or guidance to try and make things easier. 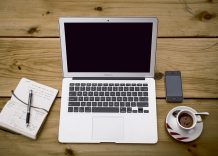 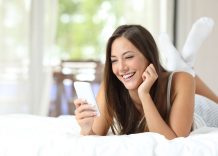 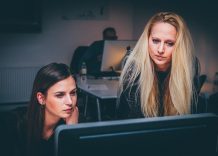 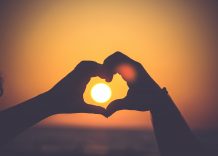