Home » Dating When You Don’t Drink

Dating in today’s world when you don’t drink can be way more difficult than it should be. Just because you choose not to drink alcohol for whatever reason does not mean there is something wrong with you or that you’re any less fun! But, the problem is that you know this, but for some reason a lot of the singles in the dating pool today do not.

So, here’s what we want to talk about today. We want to cover how you can still have great results dating when you don’t drink. You shouldn’t have to miss out on any of the fun or anyone that you’re interested in just based on your personal choices with alcohol. We’ll talk about some of the struggles you’re going to face, why some of these do and do not matter, and then some tips and strategies to have the best results possible.

Just because you choose not to drink does not mean your dating life should be anything less than stellar.

The Struggles You’ll Face Dating When You Don’t Drink

So, we’d like to start by talking about something you may already know real well – the struggles you’ll face when dating and you don’t drink. While you’re not going to get this sort of reaction from every single online or in person, you are going to get these a lot. There’s just something strange about telling someone that you don’t drink that causes a screw or wire in their brain to misfire.

People Will Assume You Are an Alcoholic

This is just insane, but people will automatically assume that the reason that you don’t drink is because you were an alcoholic. Now, there’s nothing wrong if that was the case, but it might be off-putting to people with a different reasoning for choosing not to drink. A lot of people don’t drink for fitness reasons, political reasons, personal choice reasons, or just because they don’t like it. Guess what? ALL of these are viable reasons that do not make you some terrible person or a weirdo.

Just to be clear, we’re not validating that any of these thoughts are right. We’re just opening up by showing you the different problems you’re going to run into and not just from ignorant people. High-quality dating matches will jump to some crazy conclusions and we really can’t explain why. We will show you how to deal with it, though, in just a minute.

People Will Struggle to Come Up With Date Ideas

For most people, first dates are awkward and the like the crutch of alcohol to try and kill some of that awkwardness. If you say that you don’t drink and they’re the one in charge of coming up with the date idea, they may be lost because that probably knocks out all of their go-to ideas.

What they don’t realize is that there are a ton of fun things people can do without drinking. Additionally, all of the same things that you can do while drinking can also be enjoyed without alcohol. But, again, this pops some sort of sanity screw in people and they usually struggle to come up with ideas of what to do.

People Will Worry if They Are Allowed to Drink Around You

This is probably a valid concern especially from someone who has hopes of a long-term relationship with you. They’ll want to know if because you don’t drink they are suddenly not going to be able to. Now, if you are someone who has struggled with alcohol in the past, this may be the case and that is fine. Just communicate this.

But, for most other people who choose not to drink, you usually have no problems with the person you’re dating drinking. You may have a shorter patience for drunken stupidity, but you probably have no problem with them throwing a few back. While this is the case, most people are going to worry if they aren’t able to ever touch alcohol again if they want to be with you. We’ll address how to deal with this in just a minute as well.

People Will Just be Weird

We had to throw this in here because it’s just true way too often. People seem to get weird as soon as you tell them you don’t drink. It’s probably because alcohol plays a big role in a lot of singles person lives as well as the dating scene. You can literally get a drink pretty much anywhere these days including places where you used to not be able to. Mini golf, the movies, shopping, every restaurant including the casual ones…Pretty much every staple first-date spot now serves alcohol.

Why does this make them act weird? We’re not really sure. It might have something to do with them thinking you’re ultra-religious, an alcoholic, or someone who they can’t be themselves around. Whichever it is, it’s annoying, but it’s something you’re going to have to deal with if you want to have some success in the dating world.

Tips to Overcome These Dating Struggles

So, we’ve addressed all the problems you’ll run into from dating when you don’t drink. Now, let’s take a look at what you can do to try and put some of these feelings and thoughts to rest. In a perfect world, everyone would be totally cool with you making whatever life choice you want especially when it really doesn’t affect them.

But, we don’t live in a perfect world and sometimes even some of the good catches out there need a little help in the right direction. Here’s how to go about doing that.

Be Upfront About Not Drinking

By doing this, you’ll show them that it’s important to you but it’s really not a huge deal. Yes, we know it’s a big deal to you, but we don’t mean it’s something that needs to be hashed out for five hours. It’s the same as if you didn’t eat sushi or something like that.

If you make a spectacle out of it or parade it around as a holier than thou type issue, then it’s going to be off-putting and you’re going to struggle to get dates. You can blame it on them for not being accepting of your life choices, but it’s going to be your fault if you aren’t presenting it properly.

It Might Be a Good Idea to Give a Reason Why

You’re most likely going to get some questions which should probably be accepted and welcomed. When someone asks questions about something important to you, it shows interests. If they are completely turned off by the fact that you don’t drink, they’re not going to ask many questions. You wouldn’t want to date someone like that anyways so who really cares, right?

One of the questions that you’ll certainly get is why you don’t drink. In fact, this question is so common that we would recommend you give an explanation and a reasoning before they asked. You certainly don’t have to, but we feel that it makes things go a lot smoother and can get rid of some of those crazy thoughts that might be floating around in their heads thanks to the culture we live in.

You don’t have to give a super long explanation as to why and you certainly do not have to defend yourself. But, it’s okay to give them a reason why. For example, “Yea, I actually don’t drink. I don’t like the way it makes me feel so I choose not to. Nothing against people that do drink, just not for me.”

Something as simple as that would be perfect. If they start the Spanish Inquisition and 20 questions trying to get you defend your position or making you feel bad, you can stop them in their tracks because that is not right. They can be curious and ask engaging questions, but this is not the place for them to judge your life choices.

Ensure that You Have No Problems if They Drink

Additionally, it might be smart to add on to the end of that statement that you’re okay with them drinking. Of course, only say this if you really are. If you want to date someone who doesn’t drink, you need to convey this clearly.

We would also not recommend dating someone new who drinks who says they are willing to give it up after only knowing you for a little while online. While they might be serious, from what we’ve seen that really doesn’t work out well. They might give it up for a little while, but that quickly fades when they realize it would be forever.

But, if you’re cool with them drinking, let them know! This will probably ease the most concerns as they’ll know they don’t have to make a major life change and it will show that you truly don’t have anything against people that drink.

Again, it’s all up to you and what you want. Just make sure that you’re communication. Dating when you don’t drink is easy as long as you’re capable of expressing your thoughts and opinions.

Don’t Sacrifice Your Values to Get a Date

This probably goes without saying, but the most important piece of advice we can give you when you’re dating when you don’t drink is to make sure you don’t sacrifice your values. You made a decision not to drink and that is totally okay. You should never feel pressured to go back on that just because someone you’re interested in dating thinks that you should.

We don’t care how cute he is or how hot she is; you have to stick to your guns. If they can’t accept the fact that you don’t want to drink, then that’s someone that is not worth your time and you shouldn’t be dating anyways.

Help With Some Fun Date Ideas

As we mentioned earlier, people might struggle to come up with date ideas when they know that alcohol is not included. While this is a bit silly, we think it’s okay to help them out a little bit with date ideas. Suggest something fun that you both would enjoy that doesn’t have to include alcohol. It’s up to you if you want to say it’s cool for them to drink on the first date. There is no right answer there.

If you’re completely stumped on date ideas too, you can always suggest a coffee date or something simple like that. It shouldn’t be hard for you to come up with fun ideas unless you just recently made the decision to knock off the drinks.

Just remember that there is nothing wrong with you just because you choose not to drink. People are sadly conditioned to think weird things when they hear this, so you might have to help them “see the light” just a little bit. But, if anyone tries to convince you to drink or looks down on you for your decision, that’s not a relationship you want any part of and you can happily walk away and look for someone who is a bit more understanding. 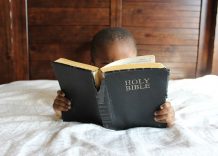 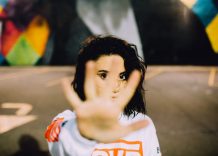 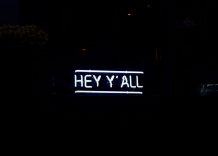 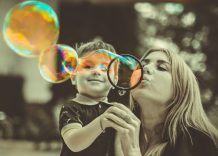 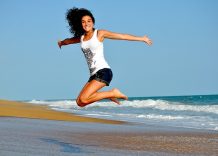 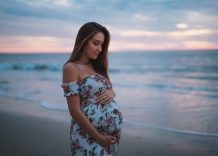